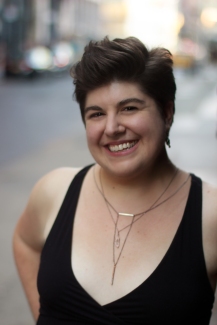 Leta Tremblay (Producing Artistic Director; she/her) is a Theatrical Director based in New York City who strives to create space for Intersectional Feminism, Queer Voices, and Revolution in her artistic pursuits. The New York Times called her work; “Sweet and boisterous… an adventure and an event.” She recently assisted acclaimed SITI Company Artistic Director Anne Bogart on Kurt Weill’s musical opera LOST IN THE STARS at CAP UCLA and is a graduate of Smith College and the Eugene O’Neill National Theatre Institute, where she now returns as a teacher and mentor. Leta is the Producing Artistic Director of Caps Lock Theatre and an associate member of the Stage Directors and Choreographers Society. www.letatremblay.com

Sarah Matteucci (she/her) is an NYC-based vocalist, actor, and vocal coach. Off-Broadway: A Stoop on Orchard Street (Sarah, original cast). New York theater includes: Primary Stages, EST, 45th Street Theater, Theater for the New City, CAPS LOCK Theatre, Emerging Artists Theatre, Vital, 78th Street Theatre Lab, Looking Glass. Recordings include: A Stoop…, BiPolar Express by Mark Frawley, No Dogs Allowed by Sonia Manzano and Stephen Lawrence, Mary the Magdelene by Jim Olm, Stand Clear of the Closing Doors by Richard Rose.  Favorite roles include West Side Story (Maria), Company (Jenny), and The Seagull (Masha), as well as originating leading roles in new works by Mariah MacCarthy (Just Right/Sex with Robots, You’ll Thank Me Later) and Melisa Annis (Pit). Sarah has also appeared as a classical and musical theater concert/cabaret soloist both here and abroad, with the occasional foray into film with such companies as Twirly Girl Productions and the Discovery Channel. As a vocal coach, she has worked on productions for Columbia University, Casper College, ESPA, and Flux Theatre Ensemble (Dialect Coach, Honey Fist). Barnard grad (Phi Beta Kappa); vocal training at New England Conservatory and in NYC with Mark Planner (one of the greatest voice teachers in the city, you should study with him!); Associate Director of Primary Stages ESPA; works extensively as an educator and trainer with Destination Imagination, an international creative problem solving program for kids. So excited to embark on a new adventure as Associate Producer for CAPS LOCK. 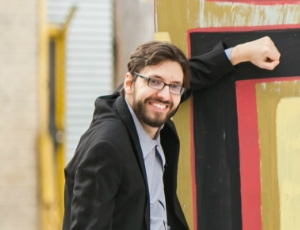 Daniel John Kelley (he/him) is a playwright, opera nerd and Brooklyn native. His plays and musicals have been produced and developed in the NY Fringe, and by MCC, Resonance Ensemble, Open Gate Theatre, Northwoods Ramah Theatre, the Gallery Players, the Irondale Center, the Brooklyn Lyceum and others. His work has also been seen in far away places such as Ireland, Australia and Nepal. He received his BA from Sarah Lawrence College, and his MFA in playwriting from Hunter College in May 2013, where he studied with Tina Howe and Mark Bly. His musical Plagued, which wrote with his composer-buddy Nick Moore, will have a concert reading in January at the Gallery Players in Brooklyn.