a story of heartbreak and burlesque

Mariah MacCarthy (NYtheatre.com’s 2012 “Person of the Year”) reunites with director Christina Roussos on their 2012 New York Fringe festival hit Magic Trick (winner of the Lotos Foundation Prize in the Arts and Sciences and the Doric Wilson Independent Playwright Award).

Magic Trick is a nonlinear story of heartbreak and burlesque, jumping time in the tradition of Eternal Sunshine of the Spotless Mind and The Last Five Years. With characters that are complicated, funny, and above all human, MacCarthy paints a portrait of people figuring out what it means to be in love while also staying true to oneself. 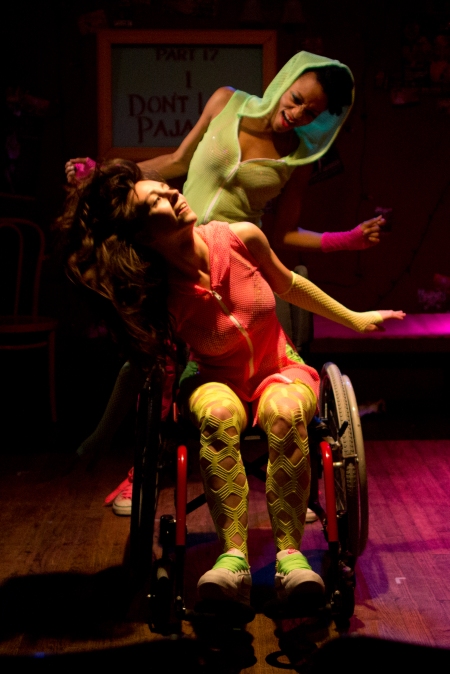 “There’s some good work happening on that stage…Ms. Siegel imbues Bana with warmth, fragility and a mischievous sense of humor that make her magnetic. Mr. Hova is quite funny, too; they have a lovely chemistry.” –The New York Times

“Great comedic timing…hilarious moments…The actors here are such an insanely talented bunch…Every moment is polished, and director Christina Roussos wows with her crafting of the production…Mariah MacCarthy’s fantastic script includes dialogue unmatched by most of the shows I have seen in my lifetime…breathtaking awesomeness and incredible ideas…This show has come a long way from its start at the New York Fringe festival to this stint at 42nd Street’s Theatre Row. This is a fantastic second production.” –Theatre Is Easy